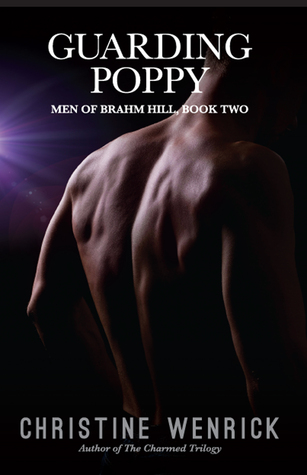 One night . . . one violent, supernatural battle . . . and five stories of the men whose lives will be changed by it.

Alec Lambert was born to lead. He’s a ruling Elder of The Brethren, possessing steely confidence, natural smarts, and decisive problem solving abilities . . . and he’s not too bad on the eyes, either. Everything in his life has gone exactly according to plan—until the night of Brahm Hill. Alec loses his best friend at the hands of the uncle he trusted like a father, along with his previously unshakable faith to lead those with whom he’s charged. Despite this, he continues to press ahead, and for his next assignment he’s asked to protect a very beautiful but very clumsy Dhampir who’s being hunted by a powerful warlock. Suddenly, he finds his whole Brethren world is turned upside down . . . and he finds himself harboring a desire for her he can’t explain.

Poppy Honeywell knows she’s far from perfect. Bad things tend to happen when she’s around. She’s more than a little clumsy, with a phobia or two mixed in. Not to mention that her name is certainly unusual. But she doesn’t have time to worry about all that because she’s on the run and not about to back down from the arrogant Elder who’s just been assigned as her protector. The real problem, though . . . she’s irresistibly drawn to this man who faces constant danger and takes charge so naturally. But Poppy also sees that taking charge of others helps Alec mask his own very deep pain.

Will Alec find his way out of the darkness and surrender to his feelings for Poppy before the warlock chasing her catches up to them both?

My Short and Sweet


Alec finally gets his own book! And wow, was I ready for that.


I enjoyed seeing the responsible, serious and sexy Alec in the spotlight, and though Poppy was clumsy and paranoid to the max (there's an explanation), I liked them together. He's stubborn, she's stubborn snd it's a frustrating and fun battle of wills.


And Kane's back! I'm not ashamed to say this sexy, snarky shifter still makes me giddy.


At this point in The Men of Brahm Hill/Charmed Trilogy spinoff, there's a whole lot of story going on. We have vampires, dhampirs, shifters, a wraith, witches and an evil warlock, just for beginners. Each subsequent installment seems to add a whole new layer to Wenrick's unique and complex world-building/mythology. Guarding Poppy contains a lot of surprising and complex twists and turns, and I'll admit to sometimes feeling lost. All the details can be overwhelming, but if you find yourself invested, it's worth it.


Guarding Poppy was exciting, sexy and surprising addition to the series!

"Just think of me as the yin to your yang. Batman to your Superman. The epic to your fail."
Alec scowled at him. "Why do you get to be Batman?"
"Really? You're going to complain about being Superman? He's, like, the most powerful being in all the world--and he can fly."
"Batman has all the cool toys."
"True...But that's why the analogy works so well for me," Kane said, with a wag of his brows...

The Men of Brahm Hill Series 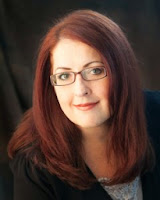 Christine is a graduate of Washington State University where she received a BA in Interior Design. And true to form of using mostly her ‘right brain’, she splits her time between her commercial design career and her imaginary world of writing. She lives in the scenic Pacific Northwest where she enjoys hiking, camping and photographing many of the wonderful places that served as inspiration for her Charmed Trilogy. Her biggest reward in life is any given day when one of her books connects with a reader because she herself is such a lover of reading. Some of her favorite authors include Lisa Kleypas, Julia Quinn, and Kimberly Derting.