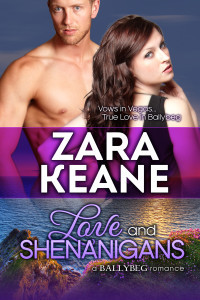 Vows in Vegas...True Love in Ireland.


Three days before leaving Ireland on the adventure of a lifetime, Fiona Byrne returns to her small Irish hometown to attend the family wedding from hell. When she discovers the drunken vows she exchanged with the groom during a wild Las Vegas trip eight years previously mean they're legally married, her future plans ricochet out of control. Can she untangle herself from the man who broke her heart so long ago? Does she even want to?


Gavin Maguire's life is low on drama, high on stability, and free of pets. But Gavin hadn't reckoned on Fiona blasting back into his life and crashing his wedding. In the space of twenty-four hours, he loses a fiancée and a job, and gains a wife and a labradoodle. Can he salvage his bland-but-stable life? More importantly, can he resist losing his heart to Fiona all over again?


WARNING: This book features a crashed wedding, a labradoodle with attitude, sexy times, and love and laughter, Irish-style.


Love and Shenanigans was everything I hoped it would be. It was hilarious, engaging, had a good, thick and juicy plot, but also had real life characters that made me smile and hurt with and for them.


We meet Fiona when her frenemy/cousin tries to make her wear a chartreuse (lime green, if you aren't married to a fishing fanatic that would make you know this color) bridesmaid gown that is too small for her curvaceous frame. We meet most of the people who are going to create the shenanigans in this scene including Wiggly Poo (the rambunctious Labradoodle puppy that Gavin wants to hate, but just can't!). It is clear that they somehow have some history, and of course we find this out in a grand, wow, wedding crashing fashion.


Gavin and Fiona realize *almost* too late (yikes, polygamy) that the wedding they thought was pretend was actually registered...and omigawd does Ireland REALLY make you wait FIVE YEARS for a divorce. Somebody needs to look that up for me, because OH WOW! O_O. Anyways, so, good thing her friend found out about this before the actual doomed-from-the-start wedding took place, so we could say hey look, maybe you should shag, because you're ALREADY married!


There are lots of love and shenanigans in this novel. And there are a lot of Irish slang (hello, love it!) that made the setting feel like a rich character as well. That is my favorite, and so are the secondary characters that we like, and even those we don't like! I really enjoyed it a lot, and can't wait to see what the rest of the characters stories unfold with because yep, there will be more books! (Probably are already more...but I need to go now, and look for them! Hah!) Check this one out. 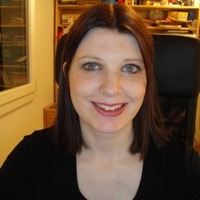 Zara Keane grew up in Dublin, Ireland, but spent her summers in a small town very similar to the fictitious Ballybeg.

She currently lives in Switzerland with her family. When she’s not writing or wrestling small people, she drinks far too much coffee, and tries—with occasional success—to resist the siren call of Swiss chocolate.