It's The Bookish Babe's stop on the Finding Mia Blog Tour! The tour is being hosted by the awesome ladies at AToMR Book Blog Tours, you can find the complete tour schedule here. My stop includes a review of Finding Mia and a tour giveaway.

Intelligent and fiercely independent, sixteen-year-old Mia Marchette has never had a childhood. After her father’s disappearance when she was six, she has alone borne the burden of her mother’s bipolar disorder.

When her mother is institutionalized after a failed suicide attempt, Mia is abruptly forced to live with the estranged father she has not known for ten years. She is shocked to discover that he has created a new, picture-perfect life for himself, and is now living with a stepmother and a half-sister Mia never knew she had. Together, Mia and her new family must face the bitterness, mistakes, and long-hidden secrets that threaten to destroy their precarious happiness.

Finding Mia follows Mia's journey as she searches to find the unanswered questions from her past, leading to her own self-discovery.

Ultimately, this is a story of confronting pain and finding freedom, of letting go and learning to search for love in unexpected places.

An intensely thoughtful and insightful story, Finding Mia is a story of one family's struggle with depression.

Finding Mia honestly wasn't what I anticipated. Based on the synopsis, I expected the story of a girl who struggles to come to terms with her mother's severe manic depression and with the father who abandoned them ten years prior. It definitely is that story, but that's only part of it. Finding Mia is told from the perspective of Mia, obviously, but also her mom, dad, and step-mother. So what we have here is a well-rounded story, told from all angles.

The fact that Finding Mia is told from the different perspectives is interesting, because no one person bears the entire brunt of the blame. It forces Mia to be a reliable narrator, and I appreciate that. But because we know what everyone is thinking, that made the story seem almost too...rational is the word I think I'm looking for. Barring a few actions on Mia's part, everyone seems to logical to be believable. But who am I to say? My entire family is made up of passionate arguers, intense debaters, and all-around loud mouths. So really, despite the heavy themes and difficult obstacles, the story was not very dramatic and forgiveness felt easy to come by.

I guess at the end, Finding Mia read to me as more of a guide on how to deal with mental health and drug abuse, than a novel. I did like it, though, and was left with many wise words to ponder.

For some, the word "family" is a relative term, but for me, it's always been measured in days. Most days she's unreachable, but when she finds her way back to the surface, it's like a poem you want to freeze, reread until the page blurs, bottle up and live in it forever. A smile that descends into the darkness, reappears when your not watching. Except that I'm always watching. Watching and waiting for the next small miracle. Sometimes I feel as if it's all I ever do.  (1%)


You can purchase Finding Mia at:
Amazon 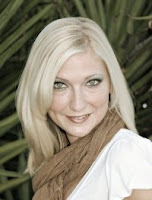 Rachel was born and raised in Boston, MA. She currently resides in Los Angeles, CA.
She graduated from Bridgewater University in 2011 with a B.A. in Communications and Media Studies.
Rachel's work has appeared in Prevention Magazine, Worcester Magazine and Starpulse News Entertainment.